In 2011, the President and Provost of the University of Michigan approved a proposal to hire a cluster of urban studies faculty whose research would focus on metropolitan Detroit. This proposal lead to new positions in the Department of Afroamerican and African Studies, the School of Social Work, the Department of Sociology, and the Urban and Regional Planning Program. The following faculty were subsequently recruited as part of this hiring initiative. 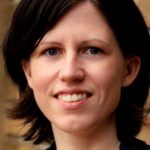 Kimberley Kinder is an Assistant Professor of Urban and Regional Planning at Taubman College. Kinder’s most recent book, DIY Detroit: Making Do in a City without Services (University of Minnesota Press, 2016), explores how residents in Detroit cope with market disinvestment and government contraction by taking charge of abandoned landscapes. Kinder’s current research project – Infrastructures of Dissent: Place, Text, and Activism in Radical Indie-Bookselling – explores the spatial dimensions of social activism and how people route social activism in and out of the built environment. Kinder has also published research on the politics of landscape, memory, and belonging in Detroit’s Arab-American communities. 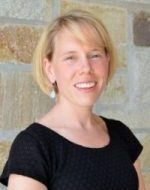 Alexandra K. Murphy is an Assistant Professor of Sociology, a faculty affiliate of the Population Studies Center at the Institute for Social Research, and an Assistant Professor of Public Policy at the Ford School. Murphy is currently working on her book, When the Sidewalks End: Poverty in an American Suburb (under contract with Oxford University Press), an ethnographic study of the social organization of poverty in one suburb. Another line of her research examines the causes and consequences of transportation insecurity, and was recently funded through the University of Michigan’s Poverty Solutions initiative. 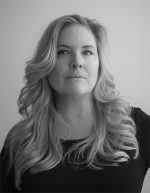 Heather Ann Thompson is a research affiliate of the Population Studies Center and a Professor of Afroamerican and African Studies, History, and the Residential College. Her recent book, Blood in the Water: The Attica Prison Uprising of 1971 and its Legacy (Pantheon Books, 2016), was awarded the Pulitzer Prize in History, the Bancroft Prize in American History and Diplomacy, The Ridenhour Book Prize, the J. Willard Hurst Prize, and a book prize from the New York City Bar Association. In 2014, Thompson published “Unmaking the Motor City in the Age of Mass Incarceration” in the Journal of Law and Society. Thompson is also the author of Whose Detroit: Politics, Labor and Race in a Modern American City, as well as the edited collection, Speaking Out: Protest and Activism in the 1960s and 1970s. Odessa Gonzalez Benson will join the University of Michigan’s School of Social Work as a transitional post doctoral fellow in September 2017, and as an Assistant Professor in Fall 2018. Her research examines refugee resettlement policy and community practice with refugees. Benson’s scholarship examines labor equity, socioeconomic adjustment and organizations’ participation as predictors of refugee well-being.